States and Territories of Malaysia

Malaysia is made up of thirteen states and three federal territories, administered by the Federal government. Thirteen of these regions are found on the Malay Peninsula, which borders Thailand to the north and Singapore to the south. The remaining three are separated from the mainland by the South China Sea. Collectively referred to as East Malaysia (or Sabah or Malaysian Borneo), these regions share the island of Borneo with both Indonesia’s Kalimantan and Brunei.

When most people imagine a Malaysian destination wedding it’s the beach or an island that comes to mind. However don’t overlook the facilities on offer in the country’s capital for your big day. Kuala Lumpur is a vibrant, young city, bursting with the latest technology. It’s also a shopper’s paradise, with more than 65 shopping malls. The city’s architecture reflects past and present Malaysia: Colonial, Islamic, traditional Asian and more, so there’s plenty of backdrops to choose from, including the immense Petronas Towers, the twin buildings which rise 88 storeys into the Kuala Lumpur sky. Fancy wedding photos on the 88th floor?

Found off the coast of Borneo, Labuan is the only federal territory of East Malaysia. Comprising seven islands, the largest of which is also called Labuan, the total area is less than 100km2. Labuan is as famous for its diving as it is for being Malaysia’s offshore banking centre. Yet this is also a region of traditional fishing communities and water villages, houses built on stilts sitting on the top of the ocean and connected to each other by long, wooded walkways. Good air and water transport links connect Labuan to Kuala Lumpur and Borneo.

The purpose built administrative centre of Malaysia is located 25km south of Kuala Lumpur. Home to the government since 1999, Putrajaya is often associated with bureaucracy and boasts many public buildings, including the NRD (National Registration Department), with whom you must register your marriage. However Putrajaya is also known as a ‘Green City’, with more than 40% of the land devoted to nature, perfect for outdoor wedding settings.

The southernmost state of the Malaysian peninsular, Johor is linked to Singapore by two road connections, including the impressive Johor-Singapore causeway. It’s the second most populous state in Malaysia, however escaping the hustle and bustle is surprisingly easy. On Rawa island beachside wooden bungalows are perfect for an intimate wedding. Mount Ophir (Gunung Ledang) is waiting for the more adventurous couple. At over 1200m high, the peak offers spectacular panoramic views of the Straits of Malacca.

Kedah’s most famous attraction is perhaps Malaysia’s as well: Langkawi. Most of the 100+ islands in the archipelago are uninhabited, each offering their own unspoilt slice of paradise with crystal clear waters and white sandy beaches. Only a handful of the islands have a permanent population, including the largest in the chain, the eponymous Pulau Langkawi. Langkawi boasts every facility you wish for when it comes to a destination wedding. The world’s most luxurious hotels have resorts here, offering wedding packages and planning assistance to ensure your big day runs like a dream.

Similar to neighbouring Terengganu, Kelantan offers visitors the chance to experience a more traditional way of Malaysian life. Whilst no longer cut off from the rest of the Malaysian Peninsula by the once-impenetrable Titiwangsa Mountains, this is still a relatively isolated corner of the country which is reflected in the dialect: Kelantanese is completely distinct from Malay. A land of fishing villages and paddy fields whose population practice kite flying and bird singing, Kelantan offers a road less travelled when it comes to Malaysian destination weddings.

Strategically located on the Straits of Malacca, the state of Malacca has been a significant trading post throughout the centuries and endured more than one foreign ruler. Even today parts of Malacca City, the Unesco Heritage Listed capital, are known as mini Lisbon. This is a reference to its Portuguese population, a legacy of Malaysia’s colonial past. The city offers a picture perfect backdrop for your wedding day, the old town a wash of terracotta red buildings. With a reputation of for some of the finest antiques and collectables, why not bring some memorabilia from your wedding destination back home?

Just south of Kuala Lumpur, Negeri Sembilan serves as a weekend escape for the inhabitants of Malaysia’s capital city. Especially Port Dickson, which can boast a beautiful stretch of coast, an array of water sports, and a mesmerizing sunset over the Straits of Malacca. However Negeri Sembilan also offers visitors the chance to experience the real Malaysia , through homestays in local Kampung villages. These offer an introduction to rural Malay traditions, culture and lifestyle.

When the hustle and humidity of Kuala Lumpur becomes too much, it’s to Pahang and the welcome breezes of their highlands where the population escapes. So, if you’re searching for a cooler location for your wedding day, look inland. The two most popular retreats are at opposite ends of the cultural spectrum. The Cameron Highlands are a journey into bygone colonial charm, with tea plantations and Tudor cottages. The Genting Highlands, conversely, are a purpose built entertainment wonderland with theme parks, shopping malls and even Malaysia’s only casino.

Penang ( commonly referred to as Pulau Pinang) has the reputation of the food capital of Malaysia. A suitably sumptuous wedding feast awaits. The streets are full of food stalls serving the fresh and flavoursome dishes for which Malaysia is famous. Grab some grub and get exploring the Unesco Heritage Listed old town of George Town, the state’s capital.

Perak is Malay for silver, a reference to the mining industry which is of immense historical significance to the region. Yet not all the action here happens underground. Above ground, Perak is the perfect playground for the extreme sports enthusiast. The town of Gopeng is the centre for white water rafting, abseiling and caving at Gua Tempurung. For those who prefer a more calming lead up to their wedding day, how about relaxing in the hot springs of Sungai Klah or indulging in a local Malay massage?

Welcome to Malaysia’s smallest state, a veritable dot on the map tucked in between the Thai border and Kedah. Whilst small in stature, Perlis is big on flavour: this is the home of seafood laksa. Each morning local fishermen return into Kuala Perlis, the region’s port, with a daily catch bound to please even the pickiest seafood lover. The town is also renowned for its stunning sunsets, the perfect backdrop for your wedding photos.

Sabah has been the setting for both the Amazing Race and Survivor: Borneo, so you can imagine the tropical delights to be discovered in Malaysia’s second largest state. One of the two states of East Malaysia on the island of Borneo, Sabah is a nature lover’s dream, a land of rainforests, national parks and wildlife. Perhaps the most stunning attraction, however, is found just off the coast: Sipadan Island. Considered one of the world’s best diving spots, the island can now only be visited on a boat or dive tour. There are nearby resorts which can host weddings.

Accounting for an immense 37.5% of Malaysian territory, Sarawak is the largest state in the country and, along with Sabah and Labuan, makes up East Malaysia. Highlights include jungle trails for hiking, rivers for cruising and some of the longest caves in the world for exploring. Bako National Park, in the south, can boast secluded ocean coves and cliff top views over the South China Sea. There’s no shortage of superb natural wedding locations to choose from in Sarawak. Whilst you’re there, immerse yourself in local customs by visiting a longhouse, traditional buildings which can house entire communities.

Both the federal territories of Kuala Lumpur and Putrajaya are found inside Selangor, Malaysia’s most populous and developed state. In fact, the Kuala Lumpur International Airport is found here, in the town of Sepang, so your first steps will be on Selangor territory. This is the dream wedding destination if one of you loves motorsport and the other loves a bit of pampering. Selangor is the setting for both the Malaysian Formula One circuit and a selection of luxurious spa resorts.

It’s a more rural and tranquil lifestyle over on the east coast of the Malaysian Peninsula, just the answer for couples dreaming of a more secluded and intimate wedding location. Off the coast of Terengganu in the South China sea you’ll find the Perhentian islands, a nature lover’s paradise and Pulau Redang, a marine park famous for wreck diving. The turquoise seas, sandy beaches, jungle and private coves that these islands boast offer a less touristy alternative to popular west coast destinations like Langkawi. 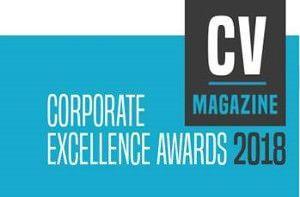 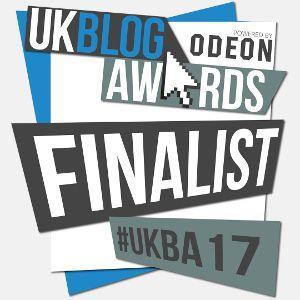 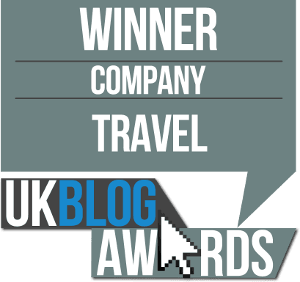 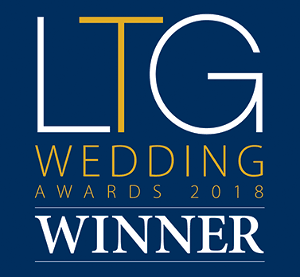