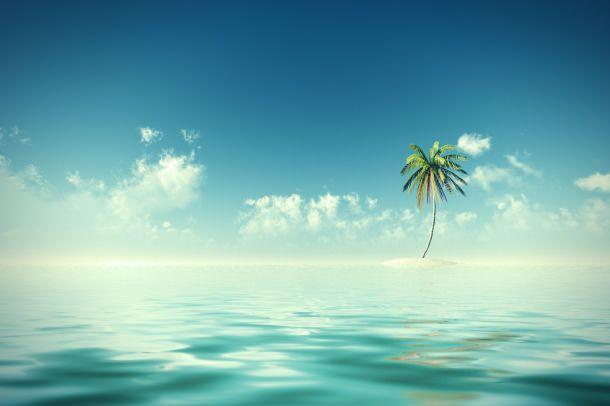 When you think of Fiji, you can’t help but imagine pristine beaches and shimmering blue waters, which go hand in hand with a memorable destination wedding – and one that will make for some truly stunning wedding photos.

Located in the South Pacific Ocean, you’ll find this island country approximately 2,000 km from New Zealand. The closest neighbours are Vanuatu, New Caledonia, Tonga, the Samoas and Wallis and Futuna.

332 islands compose this sprawling archipelago, although only 110 are permanently inhabited. Filled with beachside luxury resorts complete with amazing pools and then some, Fiji is not only a frequent choice for weddings, but for honeymooners, too.

Most people choose between either a wedding in one of the bigger hotels on the mainland, or an island wedding on one of the many tiny islands with resorts on them. Most resorts are more than used to planning and executing beautiful destination weddings.

Weather-wise, Fiji’s maximum temperatures tend to hover around the 26°C to 31°C mark, without too much fluctuation throughout the year. Late March to early December is considered the best time of the year to come, with the wet season spanning November to April.

Interestingly, the majority of Fiji’s inhabitants are not actually the ethnic Fijians – comprising people of Polynesian and Melanesian descent. A study in 1977 by The Economist found that of the 600,000 people living in Fiji, only 255,000 of those were ethnic Fijians. The rest are predominantly Indian, with Chinese and European thrown in the mix too.

The people of Fiji are some of the most polite people you will meet in the world. It is customary for them to offer you something before they will take it themselves. Tipping is not mandatory but welcomed for excellent service.

The cuisine available in Fiji reflects the many cultures that compose the local population: you’ll find Fijian, Chinese and Indian food.

Local Fijian specialties include a fish dish called kokoda, which is made from raw fish marinated in coconut cream and lime. Lovo is a local way of cooking where meat, fish and vegetables are cooked in the ground in a covered pit alongside coals. A popular sweet dish is Tavioka, made from tapioca, coconut cream, sugar and mashed bananas.

With regards to the price of things in Fiji, local products are cheap – think bananas sold on the side of the road – while imported goods can be well over four times the price they would be back home. A wedding, however, will be much cheaper than it would be in somewhere like Australia. While the average Australian wedding costs over 20,000 AUD, a Fijian wedding can cost well under half of that, some costing just 1,200 AUD.

It’s best to carry cash in Fiji because the ATMs are few and far between and sometimes run out of cash.

Legal Requirements for Marrying in Fiji

You do not need to obtain a visa to visit or marry in Fiji, and the wedding is legally recognised in Australia, New Zealand, the United States, Canada, the United Kingdom and EEC countries. You do, however, need to sign a marriage licence of your choice from the nearest marriage registry prior to the wedding ceremony.

It is advisable to check the latest legal requirements with the Fijian embassy in your home country before planning your wedding.