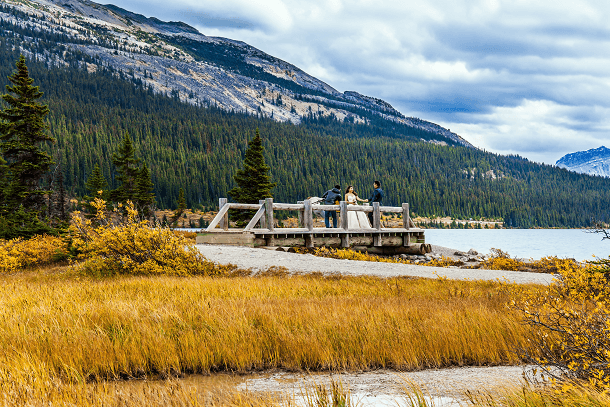 With stunning mountains and lakes defining the west coast, wheat-covered fields stretching across the prairies, European touches in Quebec, and quaint fishing villages on the east coast, there are few places in the world with culture and landscape quite as diverse as Canada’s.

If you’re hoping for an adventurous wedding, Canada is a fantastic destination for outdoor enthusiasts, offering everything from hiking and skiing to whale-watching and dog sledding. Or, if luxury is more your style, you can tie-the-knot in a cosmopolitan city or romantic wine region and stay in one of Canada’s countless first-class resorts and hotels. Canada is a true cultural mosaic, with its population embracing foods, arts, and traditions brought from around the world. This diverse immigrant population is mixed with Canada’s own Inuit heritage, creating endless possibilities for those interested in history, cuisine, and culture. 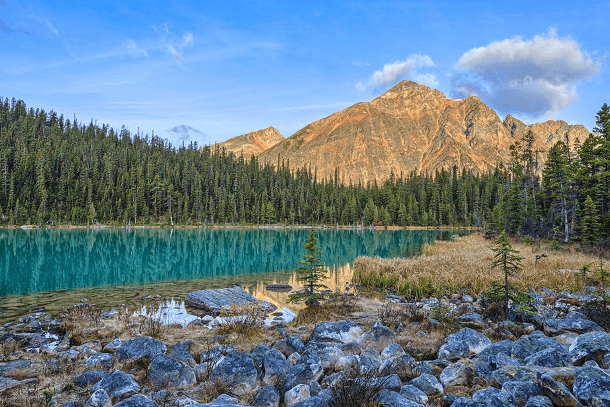 The Canadian Rockies are one of this country’s clear gems, with world-renowned skiing, snowboarding, kayaking, hiking, and camping offered in cities like Whistler, Banff, and Jasper. If you’re looking for a more relaxing vacation, you can cozy up in a hot spring resort, or explore the vineyards, orchards, and lakes in the Okanagan Valley.

As you move west across the country to Ontario, you’ll find romantic Niagara-on-the-Lake, whose wineries, scenic gardens, and heritage buildings make it a popular spot for weddings. Beyond Ontario lies the French-Canadian province of Quebec, where you can step back in time walking along cobblestone streets among 18th-century stone houses.

With its peaceful beaches, rugged cliffs, fantastic seafood, and low-key locals, Canada’s east coast is another ideal wedding destination. Or, if you really want to get off the beaten path, head to one of Canada’s northern territories, where few Canadians and even fewer tourists venture, to see the iconic Northern Lights. 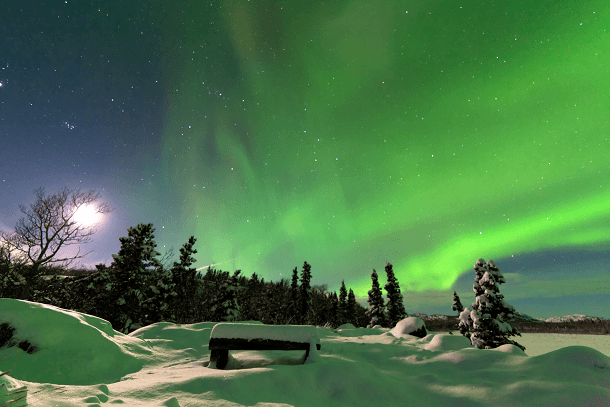 Whenever you go, keep an eye out for Canada’s frequent regional festivals, with some highlights including the Quebec Winter Carnival in February, the Calgary Stampede in July, the Toronto Film Festival in September, and the Kitchener Oktoberfest in October.

Contrary to popular belief, Canada is far from being cold year-round. The areas near the coast and the Greats Lakes are the most pleasant, with milder winters and cooler summers compared to the rest of the country.

Summer is the most popular time to visit because temperatures are warm throughout the country. The climate varies across Canada, with summer lasting between May and September in the south, and from about June to early September in the more northern regions.

Spring and fall are also enjoyable times to visit, particularly in Ontario and Quebec. Spring, which generally lasts from May to June, offers warm days and cool nights, as well as fewer tourists compared to the summer months. Autumn, which lasts from September to early December, is an ideal time to see the beautiful autumn leaf colors.

In winter, temperatures drop below freezing throughout almost all of Canada. In the east coast and the northern territories, the tourist infrastructure closes down almost entirely from October to May. However, winter is actually a busy season for Canada’s numerous ski resorts, and it’s the perfect time to visit for those interested in winter sports.

Overall, Canadians place a great deal of emphasis on etiquette and politeness. Punctuality, in particular, is very important, and arriving late without a reason is considered to be quite rude. Older adults, as well as people with disabilities, are typically treated with extra compassion and courtesy. For example, on a crowded bus or subway, it’s customary to offer your seat to any senior citizens that are standing.

When Canadians meet for the first time, they usually shake hands, although hugs are also common among close friends. Some French-Canadians have also adopted the European custom of giving quick cheek kisses when greeting someone.

When speaking with someone, try to stand at about arm’s length and maintain eye contact. Politics, sex, and religion are generally considered to be personal topics, and some people will not be comfortable discussing these issues with casual acquaintances. Also, remember to say “excuse me” after belching, nose-blowing, sneezing, or coughing, and avoid chewing with your mouth open or talking with food in your mouth.

Canadians have varying opinions when it comes to public displays of affection (PDAs). Some people consider PDAs to be rude, while others are not bothered by them. Thus, it’s best to avoid excessive PDAs to minimize the risk of offending someone.

Canadians have a strong sense of individuality, so styles of dress vary widely. Generally, it’s acceptable to wear whatever you would at home, but you can also take cues from those around you. That said, most businesses enforce a policy of “no shirt, no shoes, no service”, and any kind of public nudity is illegal.

Canadian cuisine is difficult to summarize because its influences come from so many different cultures. As you move across the country, the regional specialties are as diverse as the landscape: BC salmon, Alberta beef, berry pie in the prairies, Quebec poutine, Montreal smoked meat, Nova Scotia lobster, PEI potatoes, and of course, bacon, butter tarts, and maple syrup can be found throughout the country.

Canada is also well-known for Tim Horton’s, a coffee and donut franchise that can be found on almost every street corner in Canada. Try a “double-double” – a coffee with 2 teaspoons of sugar and 2 teaspoons of cream, which is popular among Canadians.

Dining in Canada ranges the full spectrum between formal and informal. Table manners are relatively relaxed overall, but it’s a good idea to keep a few basic rules in mind, such as not resting your elbows on the table, waiting for others to be served before beginning to eat, and placing your napkin in your lap during the meal.

It’s important to note that smoking is banned in restaurants across the country. Taxes are not generally included in the menu prices, so your final bill will total the menu price, as well as a federal goods and services tax (GST), and a provincial sales tax (PST) in most provinces. It’s customary to add at least a 15% tip for both bar and table service, adding even more to this basic tip if the service is particularly excellent. 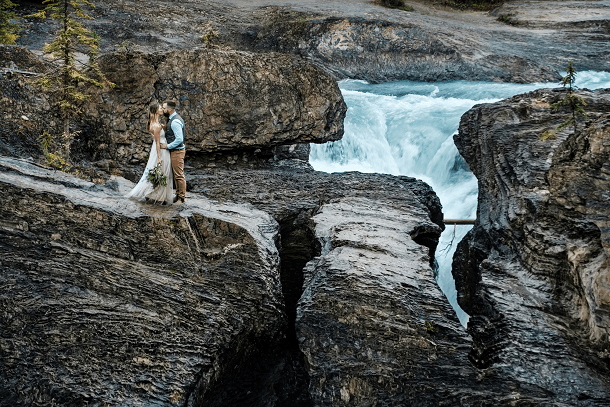 Canadian dollars come in $5, $10, $20, $50 and $100 bills, as well as in 5¢, 10¢, 25¢, $1, and $2 coins. Foreign currency can be easily exchanged into Canadian dollars in airports, border crossings, banks, and large shopping malls.  Unlike US dollars, Canadian dollars are brightly colored and easy to distinguish from one another. Smaller businesses may be hesitant to accept $50 and $100 bills for fear of counterfeits, so try to keep a selection of smaller denominations on hand if you plan to pay mainly in cash.

Most businesses accept credit cards, with Visa and MasterCard being the most common. Almost all ATMs are linked to international banking networks and are widely available in grocery stores, shopping malls, airports, bus stations, and train stations. However, you may want to carry cash as well if you’re planning to visit some of Canada’s more remote regions.
Traveler’s checks are becoming less common and may be subject to a fee. If the checks are issued in a foreign currency, they must be exchanged for Canadian dollars.

Similar to the etiquette in restaurants, it’s considered polite to tip cab drivers and hairdressers about 10-15% of your bill. At hotels, tip bellhops $1-2 per bag, and consider leaving a few dollars for your room cleaners as well.

You’ll notice “tip jars” set out by some tour guides, as well as in businesses that provide counter service, like coffee shops or retail stores. Some Canadians choose to leave a small tip in these circumstances while others do not, so feel free to use your discretion based on the service you receive.

Overall, Canada’s northern territories are more expensive compared to the rest of the country, followed by Ontario, Alberta, and British Columbia. For all expenses, your money will stretch furthest in Quebec, Manitoba, Saskatchewan, and the Atlantic provinces. 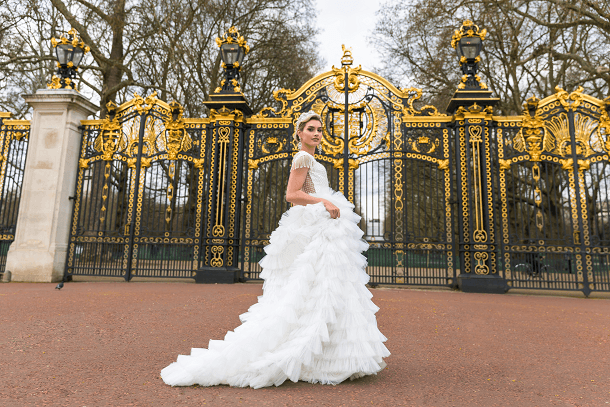 In 2013, the price of weddings in Canada rose 8% from the previous year, with an average total cost of about $30,000. August and September are popular times for weddings, so costs are likely to be higher in these months. Prices are also higher for more unique venues, such as museums and historic buildings, where you’re usually required to hire your own caterer, as well as rent chairs, tables, and place settings.

Do-It-Yourself (DIY) wedding projects are becoming increasingly popular in Canada, with couples saving money by making their own centerpieces, décor, or guest favors. 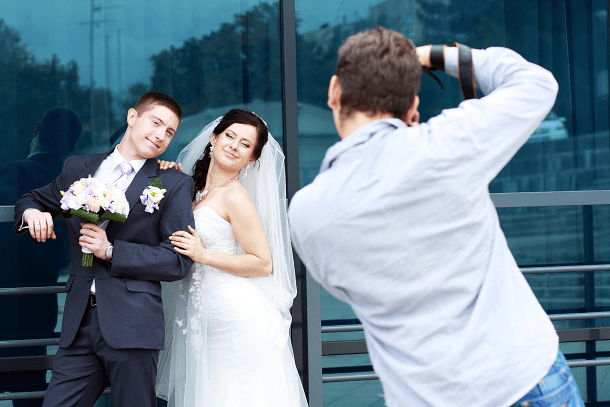 There are no residency requirements to get married in Canada, although some provinces and territories have short waiting periods ranging from 24 hours to 20 days. Couples have the option of a religious ceremony or a civil one.

In a civil marriage, couples are married by a judge, justice of the peace, or authorized municipal clerk. Prior to the ceremony, it’s necessary to obtain a marriage license or certificate. A marriage license is only valid in the province or territory that issued it. For example, an Alberta marriage license is only valid in Alberta. When applying for a marriage license or certificate, couples must generally go in-person to a municipal office to present proof of present marital status, proof of identification, the date they plan to marry, and a fee for the license. Requirements vary by province or territory, so it’s best to check the local requirements before beginning the application process.

In a religious marriage, couples are married by a recognized religious official. Unlike civil marriage, a marriage license may not be required if the ceremony takes place in a church, mosque, or synagogue. In this case, couples may marry under the authority of the publication of banns, a form that documents the couples’ public announcement of their commitment. Check the specific requirements in each province or territory regarding the witnesses and statements that must occur during a religious ceremony.

Further information about the marriage requirements in each province:

Provinces and Territories of Canada

Canada is divided into 13 provinces and territories, with the 3 territories comprising its northernmost half. British Columbia and Alberta are often referred to as “the West”; Saskatchewan and Manitoba are called “the Prairies”; New Brunswick, Nova Scotia,  Prince Edward Island, and Newfoundland are sometimes called “the Maritimes” or “the Atlantic Provinces”; while Yukon, Northwest Territories, and Nunavut are collectively called “the North Territories”.

Find out more about the Provinces and Territories of Canada or browse our Canadian Wedding Directory to start planning your dream wedding.