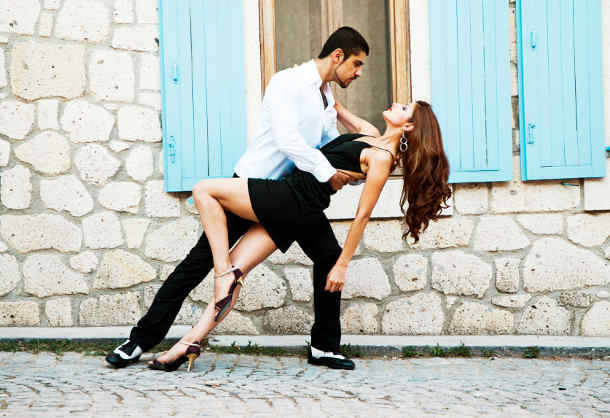 Are you looking for the perfect place to plan your wedding ceremony? Then Argentina is the place for you. Beautiful sunsets, miles of sandy beaches, gorgeous waterfalls, the backdrop of the Andes Mountains, excellent food and delicious wines are just a few of the reasons why Argentina is the perfect wedding destination. Argentinian hospitality is also top-rate and you'll feel like a special bride from the moment you step off the plane. The country welcomes people from all nations to plan their weddings here and is happy to host same-sex marriages.

Argentina is an extremely diverse country and has a wide variety of things to do. The Andes Mountain range offers numerous skiing, hiking, and mountain climbing opportunities. The elongated coastline provides plenty of beach resorts and water sports. There are also dozens of government-operated national parks and historical sites located in various provinces within the country. The Iguazu Falls are one of the main natural wonders of the world and are seen by millions of visitors each year. The climate in Argentina varies greatly by location, but generally, the summers are hot and humid and the winters are cold. It's important to remember that the seasons are different in the southern hemisphere, so when people in North America or Europe are experiencing winter, it is summer in Argentina and vice versa. Also, the further south you go the colder the region is. The warmer areas are located in northern Argentina.  The areas located near the Andes Mountains will experience cool summers and extremely cold winters, while the desert areas of central Argentina will be hot and dry throughout most of the year.

People in Argentina often greet others, even people they’ve just met, with a kiss on the right cheek. This is a customary practice and you may offend them if you back away. Also, don’t be surprised if people ask you personal questions. This is another common practice and they expect you to ask them personal questions too. They may consider you rude or that you don’t like them if you don’t ask them some questions. They also like to joke around and you should not take offense. The best thing to do is to just joke back with them. If they are angry with you, their expression will let you know. Punctuality is not very important in the culture and you should expect to wait at least 15 minutes for an appointment or meeting you have set up. Also, if you are invited to a party, it’s not proper to arrive early. You should come at the designated time or later.

Beef is one of the main foods in Argentina and can be seen in almost all of their dishes. Many people think that Argentina has some of the best beef in the entire world. The country is also well-known for its fine wine, especially its Mendoza, and also has a popular tea-like drink called mate.

Argentinians are late starters and typically don’t eat breakfast until about 10 am. This is usually just a light meal that may only include coffee and a pastry or toast. Lunch is served closer to 3 pm and many of the locals do not eat dinner until about 10 pm, but you will see restaurants begin to open around 8 pm.

Tipping is optional in Argentina, but most people tip around 10 percent of their restaurant bill. Some restaurants may add a cutlery charge to your bill. This is more like a service fee and goes to the restaurant and not the server, so a tip is still welcomed.

Many travelers to Argentina only need a passport and don’t need to obtain a visa. However, there is a reciprocity fee charged upon entering the country. The fee varies depending on your nationality, but those traveling from the United States will pay a set fee of $160 that allows them to enter Argentina as many times as they want over the course of ten years.

There is a small fee of $40 which must be paid to the Civil Registry for holding your wedding ceremony and processing your paperwork. You will also be expected to pay the hospital upfront for the cost of having the proper blood tests performed (see below).

If you choose to have a formal wedding and reception the cost will vary greatly based on how lavish you wish to make the ceremony. However, you will find that the cost of many items needed for a wedding ceremony, such as catering services, flowers, accommodation, and photographers are more affordable in Argentina than in many other countries.

The average cost of a wedding in Argentina is $3,700 if you have around 125 guests at the wedding. But, of course, it's cheaper if you have fewer guests.

All cities within Argentina use pesos (ARS) and the current exchange rate is about ARS 5 to 1 USD (United States dollar). Coins come in various forms, including 1 or 2 pesos, and 5, 10, 25, 50 centavos, with 100 centavos equaling 1 peso. Banknotes also come in various denominations, including 2, 5, 10, 20, 50, and 100 pesos. Some places do accept the United States dollar or the Euro, but you should always keep pesos with you. Don’t be too surprised if some places offer golosinas or candies in place of 5 or 10 centavos of change, this is standard practice. If you are using a credit card to make purchases, be prepared to show proper identification. Also, you’ll not be able to use a debit card in Argentina because their system doesn’t support PIN number entry.

Legal Requirements for Marrying in Argentina

When getting married in Argentina, you will be required to perform an initial ceremony at the Civil Registry in the province you want to be married. This ceremony will be performed by a worker of the registry, and you must have two witnesses over the age of 18-years old, but can be attended by your entire immediate family. You can choose to have an additional, more formal ceremony, but the government will only acknowledge the one performed through the Civil Registry and many churches require this initial ceremony to be performed first.

The first step to getting married is to schedule an appointment with the Civil Registry you want to be married in 30 to 45 days prior to your wedding day. Many registries allow you to apply for this appointment online. You will be required to complete paperwork prior to this meeting, and bring along your passport, additional identification, and the address of where you are staying in Argentina. If either party has been previously married, you will need to submit a copy of your divorce decree or death certificate of your former spouse. You will also need to have a blood test done at an appropriate hospital in Argentina at least seven days prior to your wedding day.

Argentina is organized into 23 provinces plus the capital city of Buenos Aires. Each province is unique and offers many reasons to get married there.

Find out more about the Provinces of Argentina or browse our Argentinian Wedding Directory to start planning your dream wedding.