Why would you want to get married in Morocco? Apart from the scent of rose petals everywhere and the feeling of being in part of an Arabian Nights story, this is a beautiful country and very hospitable. With rich and ornate colours in the buildings and décor, the colour palette for a wedding is endless and many of the resorts offer a traditional Moroccan wedding package.

Where is Morocco?
Morocco is located in northwest Africa and is bordered by the Atlantic Ocean, the Western Sahara Desert, and Algeria on the eastern side. The country is also south of Spain, and you can cross the ocean via ferry from Spain.

How long is the Flight to Morocco?
Morocco is in a good central location to much of the world, and relatively easy to access, especially from Europe. If you’re flying from the United Kingdom, the flight will take around 3 hours and 40 minutes.

If you’re flying from the United States, it depends on your location. Flying from New York City to Morocco should take around 8 hours, if you have no connecting flights in Europe.

And flights from the west coast take just under 13 hours, if you’re flying directly from Los Angeles to Morocco. Sometimes there will be a transfer in Europe, which can add another hour to the flight time. If you're thinking of a destination wedding in Morocco then you're about to experience some of the oldest traditions of the country. The pre-wedding parties are legendary and a wonderful way to embrace the culture. There are hammams and henna painting which are part of a bridal experience and the tradition here.

Morocco has some spectacular venues for a wedding from palaces to hidden riads and courtyards, or even the beach. If you want a romantic and exotic setting for a special day then this is it. If you are also looking at staying on to Honeymoon in Morocco, then you are in for an amazing time and experience, and will find so much colour, diversity, and variation within this brightly coloured country, see why you should Honeymoon in Morocco here.

What is Morocco Famous for? Morocco is an increasingly popular tourist destination, and for many great reasons. The country is famous for incredible cuisine, some of the most popular food on the African continent.

Popular dishes include Moroccan Chicken Bastilla, which is a Moroccan rendition of a savory pie. Chefs cook the chicken with ginger, saffron, cinnamon, and pepper – absolutely delicious. Another great option is tagine, a Moroccan stew made with meat, vegetables, sauce, and bread.

And possibly the most famous dish of all is Couscous, you can have either lamb, chicken, or beef stewed alongside tasty fresh vegetables. This is the most popular dish in Morocco, visitors tend to love it.

And when many people think of Morocco, they think of the Sahara Dessert – it’s one of the best countries to explore this natural wonder. If you visit Morocco, you should spend a night in the desert, you’ll struggle to find a better view of the stars. There are some fantastic camel riding experiences, where you can go out into the desert with the local camels and enjoy the sunset. Also, Morocco is pretty famous for its souks (very old traditional rabbit-warren markets), in particular places as Marrakesh and Fes. Experience sipping Harira (a traditional soup), followed by mint tea, or perhaps purchase of a pair of Babouches slippers.

Morocco is also famous for its stunning coastline. There are numerous world-class beaches and surfing spots along the coast. Many of the beaches are only accessible via tour groups because they’re incredibly secluded and unspoiled.

June to August are hot and arid, with March to May and September to November warm and pleasant. It can get cold at night in the Atlas Mountains, and outdoors during winter. Spring and Autumn are ideal for weddings here. Avoiding Ramadan is important because people don’t eat during the day, and it may be more challenging to get events organised during the daytime period.

Morocco is an Islamic country and so there are cultural traditions to observe. Some of the most common ones are that visitors, especially women, should dress respectfully. Shorts and sleeveless clothing is not considered polite. Using the left hand is also offensive. There are specific wedding traditions in the Moroccan culture. Painting hands with intricate henna designs, and being dressed in rick exotic costumes are all part of a bridal experience. The geometric designs on the henna are said to ward off evil and encourage fertility.

Is Morocco Safe?
Morocco is one of the safest countries in Africa. And many people say it’s the safest African country for tourists. There have been very few incidents with tourists in the past – but as always – take reasonable precautions and use common sense. Generally speaking, the biggest concern you’ll have, is being over-charged when you buy things. Moroccan cuisine is famous throughout the world. From tagines to mint tea and spices this is the perfect place to plan a feast. Many Moroccan dishes are made for sharing which gives some inspiration for a menu. If you're planning a wedding here, this is an Islamic country and not all restaurants are licensed for alcohol, so do check this out when making arrangements for a celebration.

There's no rule about tipping in Moroccan restaurants, however many restaurants will add 10% service charge to the bill in tourist areas.  The rule of thumb is if you feel like you've had good service then leave a tip, if you feel like it left a lot to be desired then don't.

Is Alcohol allowed in Morocco?
Yes, alcohol is allowed in Morocco. You can buy alcohol in bars, restaurants, and supermarkets too. However, locals are not allowed to drink in outdoor public places – this is a luxury reserved for tourists. Most bars have no windows, to prevent those on the street from seeing people drink inside.

How much does a Morrocan wedding cost The Moroccan Dirham (MAD) is the accepted currency in Morocco, and suppliers will generally expect payment with dirhams. There are ATM machines in the cities, and credit cards are accepted in major hotels and resorts.

Tipping 5-10 dirhams to the taxi driver, tour guide, chambermaid or bellboy is much appreciated.

Food and living is generally cheaper than in Europe or North America. There are costs associated with marriage documentation and the ceremony itself which are similar to UK and US charges. A wedding package in a romantic riad costs around £4000 whilst hiring a venue at a luxury resort can be as much as £45,000.

Is it expensive to get married in Morocco?
Locals tend to spend an average of 20,000 USD for weddings. But if you’re a tourist and you’re bringing the family along, you can expect to pay more than this.

It can be expensive to get married in Morocco, but there are budget options too.

Legal Requirements for Marrying in Morocco

The documentation required for a marriage ceremony can also vary depending on where in the country you intend to get married. The documentation is approved by the Adoul or local religious notary’s office. Non-Muslims need to prove they are either Jewish or Christian.

Gay marriages and civil partnerships are not recognised in Morocco.

Do I need to get a permit to get married in Morocco?
Yes and here's how to get one.

How to get married in Morocco Morocco is divided into 16 regions which are further subdivided into 62 provinces. Each region is very different and has its own character. Choosing where to get married can be difficult as there are so many lovely areas to get to know.

Find out more about the Regions of Morocco or browse our Moroccan Wedding Directory to start planning your dream wedding. 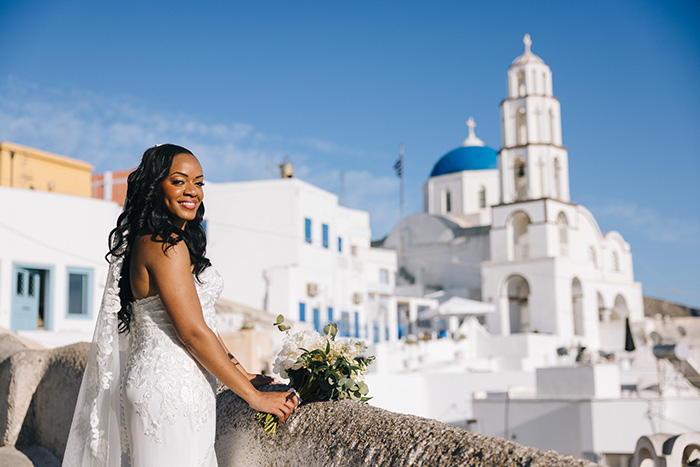